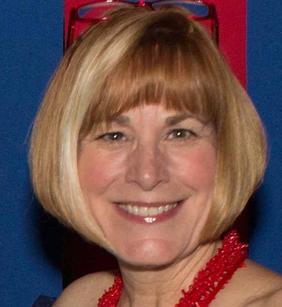 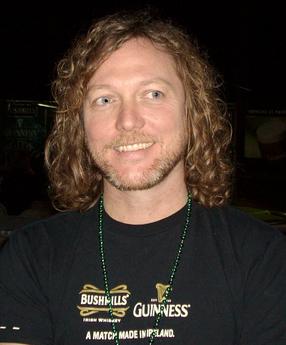 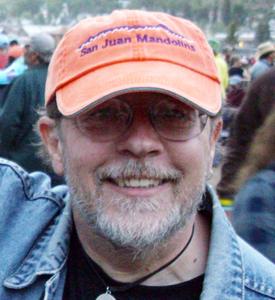 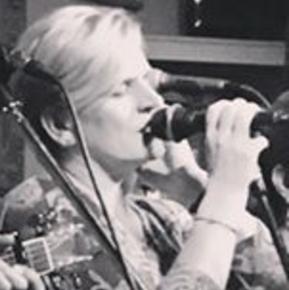 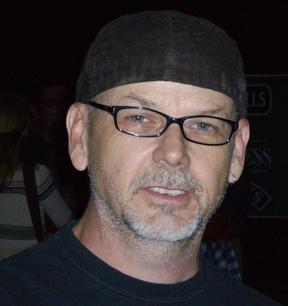 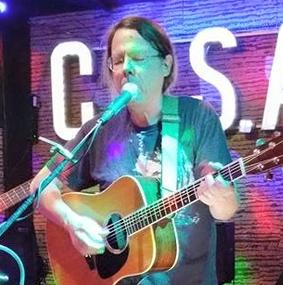 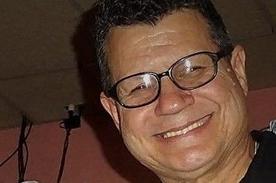 At the age of seven, Tom traded his brand new 007 Secret Agent Spy Case that he got for Christmas to a neighborhood

friend for a beat up acoustic guitar that had a large hole in the back.  He came home and proudly showed the trade

to his parents, who immediately told him to take back the guitar and get his 007 spy case.  Tom refused.  When his

parents realized that he was not going to return the guitar, they put strings on it with the condition that he learn

to play the Marine Hymn, he did.  He perfected his craft, sitting on the front porch for hours on end.  Number 8 of 12

children, Tom was raised in Delphos, a small town in northern Ohio.  Some of his earliest musical influences were

listening to his grandmother play guitar and sing old songs from the 20’s and 30’s, and tuning in to CKLW, an AM

radio station in the Windsor/Detroit area.  With an appreciation for all kinds of musical styles, Toms’ original

music cannot be categorized.  He writes a little bit of everything and he calls it “Mutt Music.”  He has played in

smokey dark corners of more pubs, dives, and roadhouses than he can remember.  Tom lived in Nashville for 7 years

and had the honor of playing on the Grand Ole Opry stage twice, and numerous showcase clubs such as The Bluebird

Cafe and Douglas’ Corner.  The Nashville experience enabled him to live and work with some of the best song writers

in the industry.  His unique guitar and vocal style has won him fans from around the world.  It’s not uncommon to

hear such accolades as “What an incredible singer,” or “You wrote that song, why aren’t you famous?”  He always asks

if they own a record company.  The simple truth is, that he pursued the gift he was given and stayed true to the

dreams of his youth.  He actually gets to do what he loves, play music full time, and get paid to do it.  “It doesn’t

get any better than that!”

Over the years Tom has had the honor of playing with many gifted and talented musicians, below are just a few:

Joey has played in bands since the 1960s in Upper Mich , NE Wisc, North and South Dakota ,Montana , Texas and now an Arizona resident since 1986. He has backed up the likes of REO Speedwagon , The Coasters , The world famous Platters ,and shared the stage with Johnny Rodriguez. His many influences include The Beatles , Chuck Berry , Eric Clapton and Alvin Lee.

You know that old saying, "Behind every great man there's a great Woman?"  Yep, that would be correct.  Not only is

Priscilla Tom's biggest fan, she is also his wife.  Priscilla Bertling is a native Phoenician, born and raised in the

beautiful state of Arizona.  She grew up dancing, singing, and performing, and when asked will tell you that she's

on Broadway.  Yet, if she had, she probably would not have met the love of her life, while singing harmony vocals

with a girlfriend in 1987.  Priscilla has been singing with Tom ever since.  With an uncanny skill to match harmony

vocals with anyone's style, she especially takes pride in her ability to match Tom's.  Those who come out and support Smootmahooty have heard many an original tune written for or dedicated to Priscilla.  They continue to celebrate

their love and life together.  Since 2013, Priscilla has gone back to her first love, performing in local musical

theater and plays throughout the Valley.  She still performs with Tom, and you can hear her harmony vocals

sprinkled throughout all of the CD's.

play “I Want to Hold Your Hand.” In 2007 the passion for writing and performing songs came into focus and now

performs regularly at local venues, benefits, and music festivals in the Tempe/Phoenix area and around Arizona.

Robby's songs are stories of fact, fiction, joy, and sorrow; all set against a backdrop of the various acoustic

stringed instruments he plays.  He feels that the instruments are not only a means of accompaniment, but an equal

performer.  Along side his various styles of instrumentation are his lyrics and vocals that create a balanced

(fiddle) and  Jim Banister (percussion) (aka, The Robby Roberson Quartet-www.robbyroberson.com).

Kevin plays full time with "The Brazen Heads," a great Irish Celtic Rock band that plays everywhere in the valley.

Check out www.thebrazenheads.comto catch Kevin doing what he does best.

Greg is an extremely talented lead guitar player that plays with so many local musicians, it's hard to keep up with

him.  Good news...you can hear him plays most any night of the week.

Born in Ft Wayne Indiana, Greg moved west with his family and found home in the small town of Winslow, AZ.  Drawn

to music at an early age, Greg began playing saxophone in the elementary school band but not long after picked up

him.  Taking up bass to fill a spot with a local band, Greg played his first gig at 15, but would eventually return

to guitar, gigging around the local dives of Winslow and Northern Arizona.  In 1987, Greg moved to Hollywood,

to attend Musician’s Institute, but moved back to Arizona in ’89 after graduation and found his home in the here

in the Valley of the Sun.  Over the last 20 years, Greg has taught guitar lessons, played and recorded with several

local bands around the Valley, and in January 2008, played his first gig with SmootMahooty.

Matt has been playing some sort of percussion his whole life.  He officially began playing drums at age 8.  Matt’s

first teacher was his older brother Ed, who was the drummer in a popular touring Indiana rock band during the mid

1960’s.  Matt has over 30 years of professional stage and studio experience.  He is most influenced by; Buddy Rich,

Alex Acuna, Vinnie Colaluta, John Bonham, Steve Gadd, Neil Peart, Danny Carey and many others!  His playing is an

ever-evolving tribute to all of the great drummers who continually inspire him.  Matt has been teaching drum set

and percussion for over a decade.  For more information check out www.arizonadrumlessons.com

Tom is always thrilled to have Brid Dower join him onstage.  Brid has her own great Irish band "The Big Fellah's"

which she began in 2011.  To hear Brid and a great group of players check out www.thebigfellahs.com

Bríd Dower is known as the premiere Irish singer here in the Valley of the Sun.  Brid has appeared as a guest

vocalist on all three of SmootMahooty's CDs.  Brid was born & raised in Waterford, Ireland, and moved to Phoenix